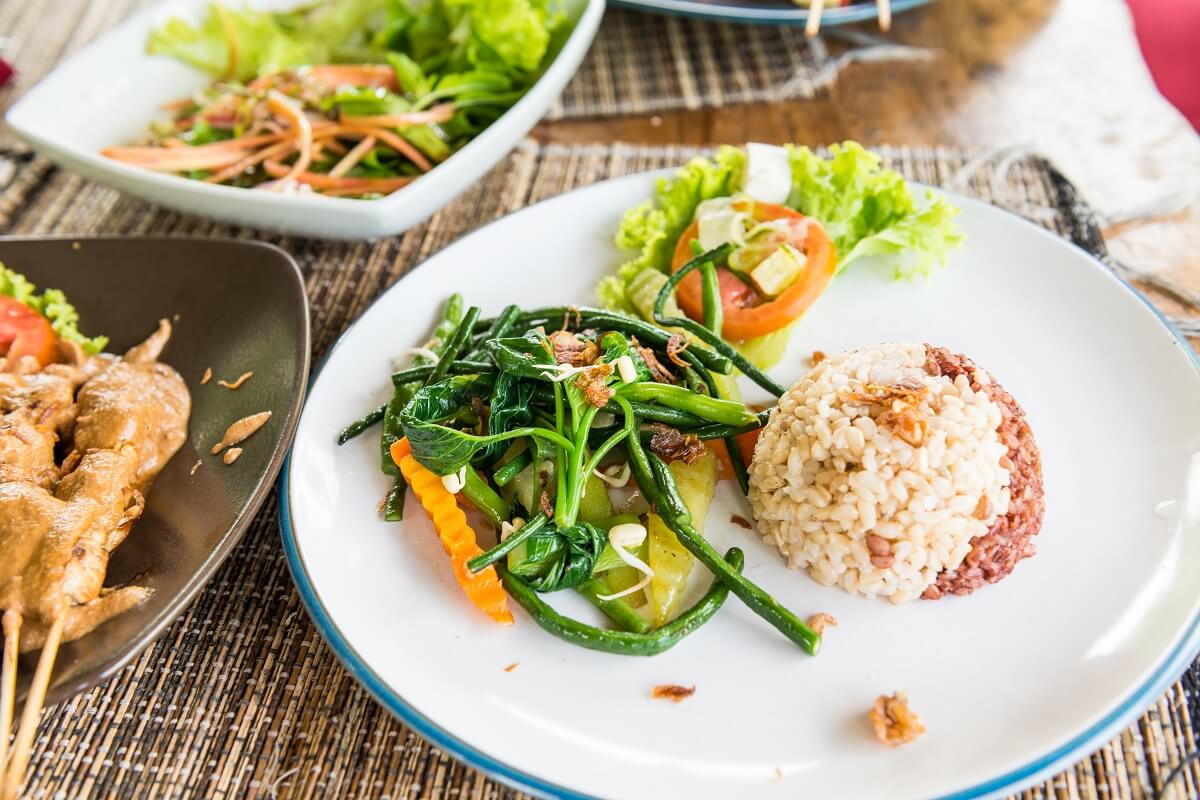 Suckling pee is very famous in Bali, almost all Bali favorites. The suckling pee is full-bodied roasted with a variety of spices. Usually it is prepared for the temple ceremony, Galungan day, or the Balinese ceremony. However, the Balinese often keep pigs behind the house, feeding on food scraps, for that important time when they will be slaughtered and eaten. If you think that suckling pig in Bali is exclusively Balinese traditional food that can only be found in Bali, you are totally wrong, because I found a list that Balinese suckling pig is already international food (Esquire October 2007 issue, page 72) and one of my favorite suckling pig warung in Ubud called Bu OKA list on it.

Ayam betutu is chicken with Balinese spice mix, the spices consist of coconut oil, turmeric, ginger, nutmeg, onion, garlic, yucca or salam leaves, some chili peppers. All the spices are mixed and put with the chicken. Ayam betutu is also served in Balinese ceremonies such as otonan, odalan, or wedding ceremonies. Ayam betutu served with side dishes, for example, crispy fried peanuts and kankung (water spinach with hot sauce). First Ayam betutu is very popular in Gilimanuk (many restaurants serve ayam betutu) but now in Ayam betutu it can be found everywhere.

It is made from banana mixed with pork ribs, and meat, generally the color is dark yellow. Jukut ares is usually a suckling pig garnish, it is a kind of small bowl of soup. The taste is spicy, and the Ares is cut into very small pieces and mixed with various spices.

Jukut arab is a mixture of bean sprouts, coconut, long beans and meatless vegetables. Sometimes the Balinese add brown sugar to make it taste sweet and they always put a bit of chili to make it a little spicy.

Pepes is a seafood (it can be fish or shrimp as the main ingredient) wrapped with coconut leaf and grilled in a few minutes. Pepes are generally found in the Klungkung area, they are famous for their special Balinese traditional seafood cuisine. The name of the area that sells variety of traditional Balinese seafood such as Pepes, Sate lilit (satay fish mixed with coconut), fish soup, is called Pesinggahan, located near Goa Lawah tourist object in Klungkung Regency.

Tum is almost similar with Pepes, but the way of cooking is different, if Pepes is grilled for a few minutes, Tum is steamed for a few minutes. Tum generally combines minced pork or chicken, spices, and young horse mackerel. But now in Tum there could be more variety, as for vegetarians, there is Tum made only with mushrooms or vegetables. Tum can be easily found in any traditional Balinese market or traditional warung.

Urutan or Balinese sausages are generally found in the suckling pig’s warung. Made with pork tripe stuffed with pork and spices. Urutan fried until brownish yellow. The surface of Urutan is not smooth like western sausages as it contains chunks of meat and fat.